Getting Children Started with Yoga One of the questions that Spencer, Massachusetts, yoga teacher Lauren Toolin is asked most often by her students is, "How can I help my kids reap the benefits I'm getting from yoga?" It's a good question. As a parent, once you've seen how yoga has strengthened your body and calmed your mind, naturally you want to bestow those boons upon your brood to help them stay healthy, cope with stress, and cultivate inner strength. Toolin, whose teaching incorporates a full spectrum of practices, including asana, meditation, mantra, and pranayama, taught yoga to children for six years and has two teenagers of her own. She says that teaching your kids about yoga is not just about imitating animals with asanas, but about creating a sanctuary that's sustainable over time.

"As parents, we're providing a service that goes beyond hugs and housing," Toolin says. "We're actually helping children develop a skill set that is going to build their character and build their ability to make decisions appropriately."

See also Is Yoga for Kids any Good?

One way you can introduce yoga to your children is through a regular kids' yoga class. But if one doesn't fit in your family's schedule, or the right teacher hasn't appeared, no worries. To offer your kids a meaningful experience of yoga, all you have to do is make it a part of your home life.

Kate Holcombe, founder and president of the Healing Yoga Foundation in San Francisco, met her teacher, T.K.V. Desikachar, when she was 19. During her many years of study with him in Chennai, India, she noticed that the legendary yogi didn't practice behind closed doors; he practiced out in the open, with his family.

So when Holcombe had her own children, she followed her teacher's adage: "Yoga is for the living room, not the yoga room." She invites her oldest sons (at the time, Calder, 8, and Hayes, 5) to use her body as a playground while she's practicing asana. "They love doing my stretches with me," she says. "When I'm in Downward Dog, they race underneath me as many times as they can before I move into Upward Dog. While I'm on my back with my legs in the air, they jump up and fly like an airplane on my feet." Holcombe has taught Calder to do Sun Salutations, and he and Hayes like to imitate postures by her side. Sometimes, at night, when she does her asana routine in their bedroom, they watch her in the shadows and listen to the sound of her breathing as they fall asleep. Her advice for parents? "Rather than compartmentalizing 'yoga time' and 'family time,' be flexible," she says. "Adapt your practice to your lifestyle and your children's needs." Her sons know that they can join their mom for postures and chanting when they're in the mood, but it's never required.

See alsoHow to Get Your Kids to Love Yoga

As you create your home routine, says Pandit Rajmani Tigunait, the spiritual head of the Himalayan Institute in Honesdale, Pennsylvania, and a longtime student of Swami Rama, it's important to teach only what you practice. If you love vinyasa classes, show your children flowing sequences that are coordinated with the breath. If you sit for long periods of meditation, invite your child to crawl onto your lap for as long as she's comfortable being still. If you have an altar, let your child pick flowers or draw pictures to place on it. "Let your children see that your practice makes you happy," he says, "and let them follow you."

With positive role modeling and regular firsthand experience, he says, your kids will begin to see that yoga—in all its myriad forms—is good for their health, happiness, and spiritual development. And as they mature, they may be inspired to study in a more structured manner.

Scott Blossom, who teaches Shadow Yoga and practices Ayurveda in San Francisco and around the country, says the simplest practice you can teach your kids is chanting. You can sing along to a kirtan album, or recite mantras you've learned in yoga class. "Mantras have a naturally soothing effect on their minds and help kids develop concentration. They respond intuitively," he says. Blossom and his wife, Chandra Easton, sing yogic and Buddhist mantras to their two children at bedtime.

In addition, he says, the easiest way for children to learn what yoga is all about is to hear stories from the tradition. There are many children's books that teach yogic principles (for some examples, see Child's Play), and if you study the texts yourself, it can be fun and fulfilling to read and retell stories or reformulate teachings in a way that speaks directly to your child. Blossom teaches his children stories from the Ramayana, an ancient Hindu epic full of superhero-like gods and all-powerful demons whose adventures colorfully illustrate concepts like faith, surrender, devotion, and selfless service.

Holcombe makes a point of teaching her children yogic practices and concepts that relate to their own experiences, in simple language they can understand. "As my teacher often says, 'You can only offer what the hand can hold,'" she says. When her son Calder was 6, she started teaching him a simple meditation, in part to help him with frequent bouts of nervousness. "I said, 'You know what I do when I'm worried? I place a palm on my belly and I focus on my breath. I try to find my quiet breathing.' Today, Calder uses the practice on his own, in bed after a nightmare, or at school when he's anxious about a project. She also uses lessons from the Yoga Sutra to teach the boys to address conflicts and misunderstandings.

Teaching your kids reverence through yoga and prayer can begin early—and easily. "In India, we are taught as children to honor the sun, the source of all life," says Kausthub Desikachar, the son of T.K.V. When he was seven, Desikachar's parents initiated him into a sun meditation called sandhyavandanam, a practice that involves Sun Salutations, Pranayamas, nyasas (gestures), and mantras to honor the sun at dusk, dawn, and midday. As he grew older, he continued to perform the same practice, but began to understand its deeper dimensions. "Eventually," he says, "the meditation becomes a metaphor for the sun inside us, and we move from the external to the internal."

If you'd like to try a simple version of this practice with your children, Desikachar recommends that you sit facing the sun, or walk toward it as it's rising or setting. "Ask your child, 'What is the sun, and what does it do for us?' Take a few breaths, imagine that you're being nourished by the sun, and say a prayer: 'Thank you, sun. You bring so much light into the world. Please bring light into my heart.'" As your children get older, you can teach them Sun Salutations with this reverence in mind, and also the Gaya-tri mantra, an ancient prayer honoring the sun and the Divine in all things. (For more on these practices, see "Shine on Me.")

See alsoHow to Practice Yoga with Your Kids

To be engaging and valuable, asana practice for children should be spontaneous and entertaining. "We are competing with video games, cell phones, TV. We have to make yoga as fun as possible," Desikachar says. "That's how my sister and I were taught, and it left deep impressions in my heart. I still carry those impressions with me." Desikachar remembers his father making a game of their asana practice. "He would tell us, 'You're trapped on an island. What do you need to get home?' And we would say, 'We need a boat. We need a bridge.' He would say, 'OK, then, do those postures.' He encouraged us to use our imagination and creativity."

Indra Mohan, a longtime student of T. Krishnamacharya and the co-founder of Svastha Yoga in Chennai, India, offers several ideas for creating interesting, age-appropriate practices. For children aged six and up, she advises, string together several asanas (such as a standing pose, a backbend, and a forward bend) to keep their minds from wandering. Ask them to recite a chant or an affirmation on each exhalation to lengthen their outbreath. And teach them Anjali Mudra (Salutation Seal) in standing poses like Vrksasana (Tree Pose) and Tadasana (Mountain Pose). To practice this mudra, bring your palms together at your heart. Separate the palms and base of the fingers while keeping your fingertips and the base of the palms touching. This shape represents the opening of the heart, the flowering of self-love or love for the Divine. By gently suggesting such ideas to your child, you encourage their connection to the heart, the Divine, and more. This way, says Mohan, "it's not just exercise; it's something deeper."

Most kids will jump at the chance to take part in simple rituals. So if spending a moment honoring the sun, singing a mantra, or practicing a heart-opening mudra brings you happiness, try making it a daily routine with your child.

See alsoABCs of ZZZ: How to Use Yoga at Bedtime with Kids

Teach Them to Breathe

One of the simplest and most powerful practices you can teach your children is breath awareness. Diaphragmatic breathing, the relaxed, deep breathing that activates the diaphragm muscle, is the prerequisite for the subtle practices of the yoga tradition. It activates the parasympathetic nervous system, which induces a state of calm, improves focus, and reduces anxiety.

Pandit Tigunait's son, Ishan, recalls, "When I was little, Swami Rama used to call me 'Mr. Distraction.' I'd flit around from thing to thing, and I was always on the move. By nighttime I was so exhausted, I couldn't sleep." Tigunait began to teach Ishan diaphragmatic breathing, placing a sandbag on his abdomen and lower ribs and asking him to raise the bag on each inhalation, and lower it on each exhalation. 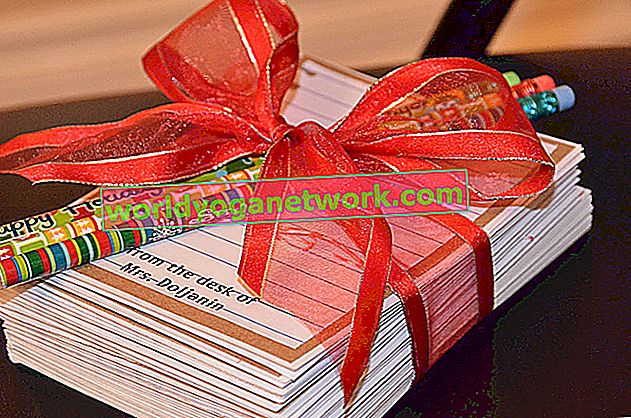 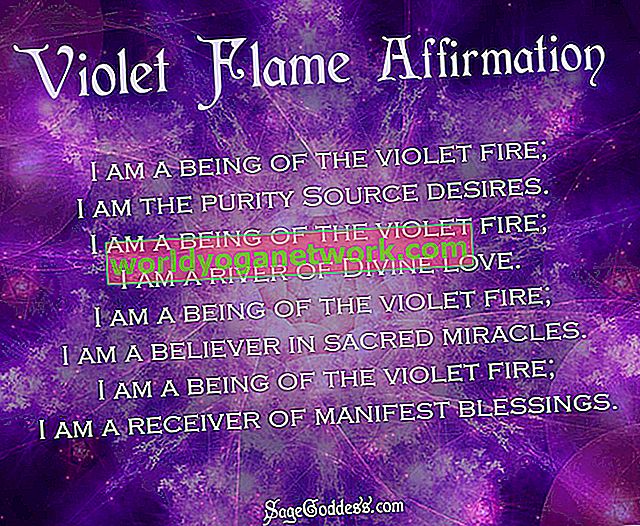 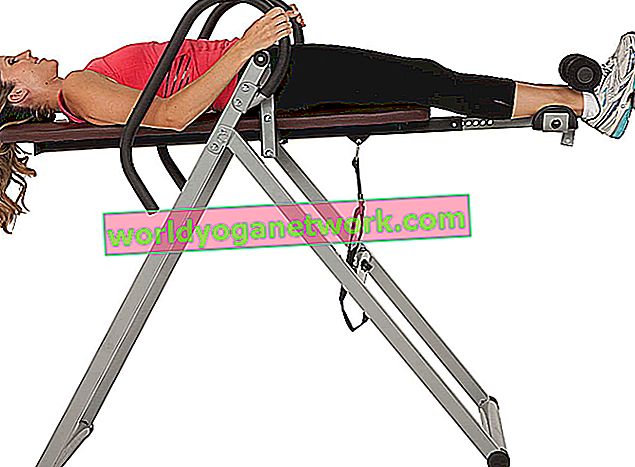